An Introduction to Python: Beginners’ Guide.

If you want to really stand out in the field of web development, then the knowledge of additional coding language is definitely a bonus point. But there are so many coding languages out there.

So, in this post, I will break down what Python is all about so that you can decide if this language is worth to be added to your skill set or not.

Without any further ado, let’s begin!

Python is a general type coding language. This means that unlike other coding languages such as CSS and JavaScript, Python can also be used for other types of programming and software development other than web development.

Python is comparatively a programming language that is easy to learn and follows an organized structure. This, combined with its versatility and simple syntax, makes it a fantastic programming language for all sorts of projects. Developers can read and translate Python code much easier than other languages.

Who is Python suited for?

Python is a great fit for many users, including:

b) Mobile and web developers

e) Anyone else working with or learning computer programming

What is Python used for?

Python is used in the following fields:

Python is a go-to for complex web development projects, as its flexibility makes it possible to create sophisticated web utilities with relative ease. HTML and JavaScript are the primary languages for building the front end of a program. But you can use Python based web frameworks such as Django to smooth the process of handling backend or server-side functionality.

Given the scope and power of Python, it’s no surprise that some truly world-class tools exist for generating intelligent behaviour in Python. Python is used for machine learning via specific machine learning libraries and frameworks including scikit-learn and TensorFlow.

Python is also used for scientific research and computing and even has several science-friendly or science-specific libraries. Python’s role in parsing data is definitely one great advantage of learning it. Thanks to the undeniable rise of data science, chances are that more and more tech roles will revolve around it.

Python is very popular among start-ups, in particular tech start-ups. This is because of Python’s simplicity and ease of use, making it easy to scale across an entire company.

The straightforward style of Python code is what gives it this relative simplicity.

Python is also one of the top preferences of mobile app developers. Popular mobile applications like Instagram is also mostly based on Python.

There’s a long list of mobile applications built using Python, and it’s getting longer every day.

Therefore, Python is an excellent choice to go for if you want to learn additional coding languages. But if you have no technical background, then it is suggestable that you first learn the basics. Python is a great choice for a wide range of projects, from simple web applications to entire operating systems. 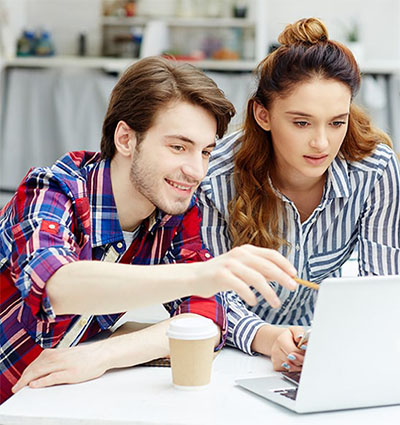